Dispelling the myths and making the uses of PRP clear. Learn exactly what you can do with it to improve the health and function of the body and what’s the best way to use PRP for the best outcome.

By Jeffrey Piccirillo, DO

Exactly What You Can and Cannot Do With PRP

What Constitutes the Perfect PRP™ Technique

How to Take Your PRP to the Next Level

Submit the form below for instant access to your FREE book chapter from the Perfect PRP™ book:

NEED TRAINING TO LEARN THE BEST WAYS TO USE PRP? Learn about my PRP training workshops, (provided in both online and in-person learning formats,) by visiting: www.perfectprp.com 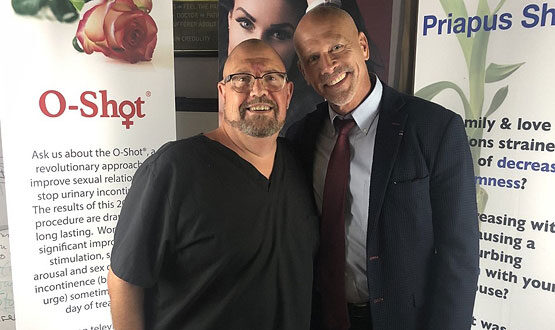 Jeffrey Piccirillo DO, is a board certified orthopedic surgeon, who developed an interest in platelet rich plasma, the first time a centrifuge was rolled into his operating suite in 2002.

He did his undergraduate work at The Pennsylvania State University in 1994, and attended medical school at the Philadelphia College of Osteopathic Medicine, graduating valedictorian in 1989. He continued his training at the Chicago Osteopathic Medical Center in Orthopedic Surgery from 1989 t0 2004, and entered in private practice.

In 2002, when a representative from one of the major  joint replacement companies brought a centrifuge into the operating room, his love for regenerative medicine and PRP began.  In 2009, he switched from an surgical practice to one focusing on the regeneration of tissue, not replacement, and his mindset on medicine began to evolve. As his protocols, and products evolved, Dr. Piccirillo began consulting with other practices, teaching them how to get on the regenerative medicine platform.  He completed a chapter entitled  “Stem Cell Medicine- What does the future hold??”  in Dr. Judson Brandeis’ book,  Optimizing Manhood, which will be released in early 2021

He is married, with daughter (Tricia) in Chicago, and a son (Brian) at home in Florida. When he is not teaching in the United States and around the world, you will find him in his garden, or writing in front of his computer.

if you buy now.